The Strand Magazine The Mirror by Léo Lespès

This audio recording has been made from the collection of ‘The Strand Magazine: An Illustrated Monthly‘, edited by George Newness and printed in Burleigh Street, Strand, London, from January 1891.

The Strand Magazine was issued regularly in the early part of each month. The idea by its Editor was for it to contain stories and articles by the Best British writers, and special translations from the first foreign authors. Plus special new features which had not hitherto found place in Magazine Literature. 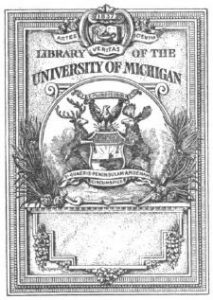 For example: one of the Strand Magazines, now most famous writers, was Arthur Conan Doyle, when he first introduced Sherlock Holmes to its readers.

This collection goes from issue number 1 to 384 and are in 64 bound volumes of the magazine, which is slightly more than half of all the issues published. These were digitized by Google from the collections at the ‘University of Michigan’, ‘Indiana University’ and ‘Princeton University’. They are from the site http://catalog.hathitrust.org/Record/000642318 and are currently (as of July 26, 2011) quoted as ‘Public Domain in the United States‘ and many other countries. Volumes 65 to 118, issues from January 1923 to March 1950 (the last issue), are currently not in the public domain, and are still in copyright, and thus not currently present in this collection. Each bound volume has 6 issues, starting from Jan-June, and then July-Dec of each year. 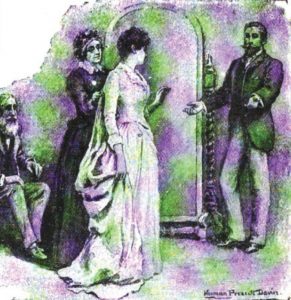 The Strand Magazine – The Mirror

The story is based on a series of eight letters written by a young woman to her friend whom she tells of her life as a blind woman protected from the world by her parents and how she meets and falls in love with a sighted man whom she marries and her reaction to not being able to see her child.

Opening
Dear Kate, you wish me to write to you, me, a poor blind creature whose hand moves faltering in the darkness? Are you not afraid of the sadness of my letters, written as they are in gloom? Have you no fear of the sombre thoughts which must beset the blind?

The Strand Magazine The Mirror