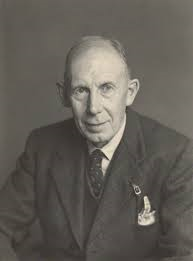 
Henry Howarth Bashford was born in Kensington, London on 13 January 1880 the son of Frederick Bashford and Henrietta Eleanor, daughter of the Rev. Henry Howarth, Rector of St George’s, Hanover Square and Chaplain in Ordinary to Queen Victoria. On his paternal side, his grandfather Lt. J. Bashford (later Captain), Royal Navy, was mentioned in the official list of the wounded at the Battle of Trafalgar in which he took part on board the HMS Royal Sovereign.

Bashford was educated at Bedford Modern School, the University of London and the London Hospital.

Bashford was Chief Medical Officer to the Post Office (1933–43) and subsequently Treasury Medical Adviser (1943–45). He was Honorary Physician to King George VI (1941–44) and was the late Honorary President of the Post Office Ambulance Centre, St. John Ambulance Association. He was honoured by a knighthood of the Order of St. John of Jerusalem.

In 1908 Bashford married Margaret Eveline, daughter of Ernest Sutton of Basildon, Berkshire. They had one son and three daughters. Bashford died in Easton Royal on 15 August 1961.

Sir Henry is celebrated by a blue plaque in the village of Easton Royal, his last resting place, where he was the much loved village historian and benefactor. The National Portrait Gallery has a photographic bromide print portrait of Sir Henry.

Bashford is now remembered as a writer, in particular of the satirical Augustus Carp, Esq., Subtitled ‘Being The Autobiography Of A Really Good Man’, this is the book that Anthony Burgess described as “one of the great comic novels of the 20th century”.

Augustus Carp is so convinced of his own moral superiority he feels it is his duty to “place some higher example before the world.” A hypocritical, pompous, cowardly and sanctimonious bully, Carp makes his heavy-footed way through life completely blind to his own faults and acutely aware of the faults in others. He sees it as both a duty and a pleasure for him to point them out…

The novel was published anonymously in 1924 and for many years the identity of the author remained a mystery. He was finally revealed to be Sir Henry Howarth Bashford, Hon Physician to King George VI. He also wrote some popular poetry.

Half-Past Bedtime was first published in 1922 and is a series of fourteen stories of the adventures of a seven year old girl called Marion from her meeting with ‘Mr. Jugg’ the King of the Bumpies, to Beardy Ned, and of course her friends: Gwendolen, Gwendolen’s Aunt, Captain Jeremy, Doris and Cuthbert and others she meets on her way… 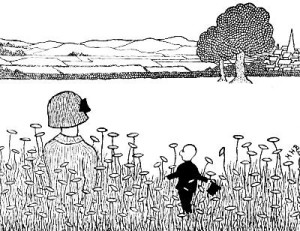 Chapter 1 Mr.Jugg
The name of the town doesn’t really matter; but it was a big town in the middle of the country; and the first of these adventures happened to a little girl whose name was Marian. She was only seven when it happened to her, so that it was rather a young sort of adventure; but the older ones happened later on, and this is the best, perhaps, to begin with.

Marian’s house was in a street called Peter Street, because there was a church in it called St Peter’s Church; and some people liked this church, because it had a great spire soaring up into the sky. But Marian’s daddy didn’t like spires, because they were so sharp and so slippery. He liked towers better, because the old church towers, he said, were like little laps, ready to catch God’s blessing. But Marian’s daddy was a queer sort of man, and nobody took much notice of what he said… 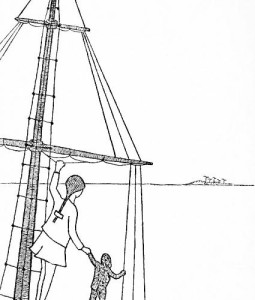 Chapter 2 Gwendolen
Living in the same town as Marian there was a little girl called Gwendolen. Marian didn’t know her very well, though they went to the same school and sometimes smiled at each other in church. Her father and mother were always climbing mountains and lecturing about them afterward, so Gwendolen had to live with her aunt, who was very rich and wore a lot of rings.

In many ways Gwendolen was a nice girl, but she had an exceptionally large tummy. Some people said that it was her own fault, because she was always sitting about eating marzipan. But some people said that she couldn’t help her tummy, and had to eat a lot to keep it full. There were also people who said that her aunt spoiled her, being so greedy herself and always eating buttered toast…